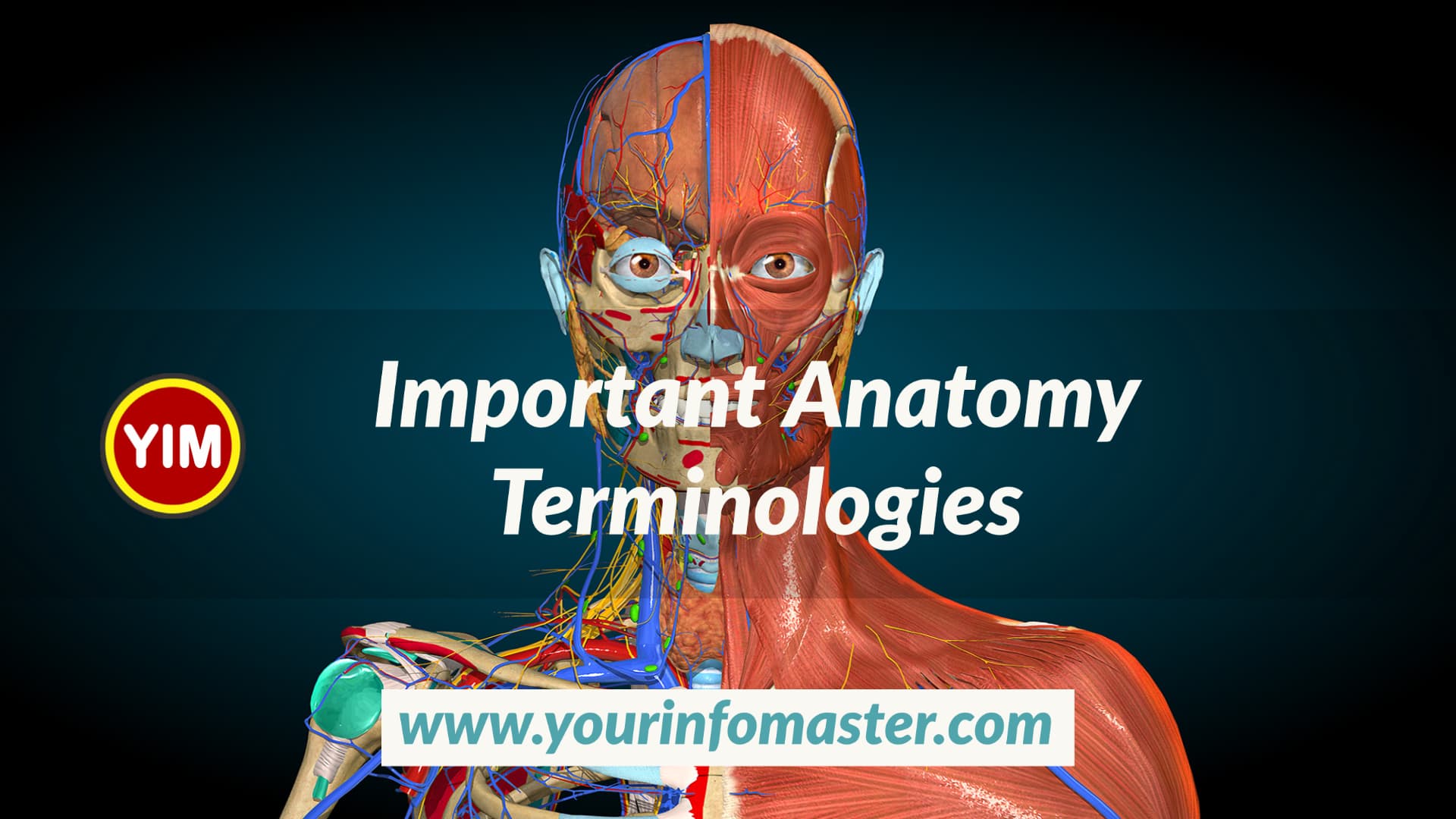 Important Anatomy Terminology: The process of learning anatomy is like building a home; if the foundation is sturdy, it can last an entire lifetime. This subject is challenging and packed with information. However, the basic concepts keep appearing now and then. They are used to help you learn new anatomical concepts, and so knowing the basics is crucial. What are these fundamentals? In the field of anatomy, they comprise:

Before we can begin the subsequent learning units, which will provide greater detail on issues about different bodies, it’s essential to know some basic terminology to describe the body’s structure. Understanding this terminology will allow it to be easier to comprehend the contents of the next lessons. Three categories of terms are discussed in this article:

Directional terms refer to the positions of structures in relation to other structures and locations within the body.

Planes of the Body

Coronal Plane – Frontal Plane: A vertical plane running from side to side; divides the body or any of its parts into anterior and posterior portions.

Sagittal Plane – Lateral Plane: A vertical plane running from front to back; divides the body or any of its parts into right and left sides.

Axial Plane – Transverse Plane: A horizontal plane; divides the body or any of its parts into upper and lower parts.

Median plane: Sagittal plane through the midline of the body; divides the body or any of its parts into right and left halves.

Now I will provide insight into the different kinds of human body movements. They will be classified into groups of ‘antagonistic actions’ (actions that oppose one the other).

If you enjoyed “Anatomy Terminology”, I’d be very thankful if you’d help it spread by emailing it to your friends or sharing it on Twitter, Instagram, or Facebook. Thank you!

Did you read Anatomy Terminology on the way? Which one do you read? Let us know if you have any question. We will gladly explain!

Related Topics: If you really enjoy Anatomy Terminology, then there are some more interesting articles for you!