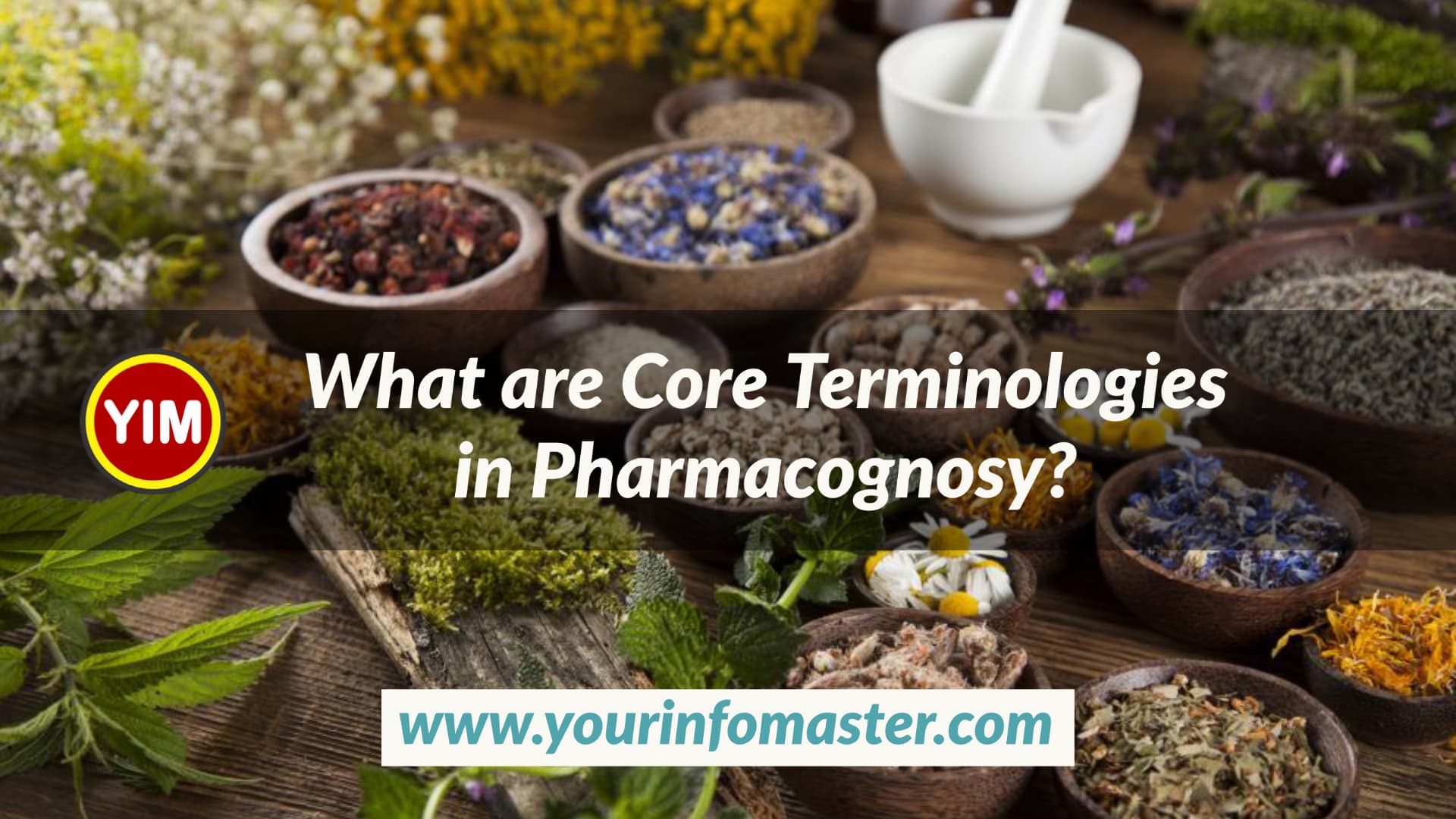 These are the most common terminologies in Pharmacognosy.

Acicular: A needle-shaped form of some types of foliage

Acute: Tapering to a sharp-pointed tip with more or less straight sides

Angular: Having sharp angles or corners. Usually used for reference to contrast with them, use stems such as stems

Basal: At or near the base. Often describes leaves and where they are located.

Congested: a description of the arrangement of flowers.

Dentate: With sharp, pointed teeth at the margin

Exudate: is a substance that’s expelled or secreted by a plant.

Gall: is an abnormal growth that occurs on a plant caused by insects

Gland: is a depression or protuberance which exists to secrete

Glans: is a dry, dehiscent fruit that has been cultivated in a cupule such as a con

Habit: is the general appearance of a plant

Leaflet: A segment of a compound leaves

Overly: Ovary is the base of a pistil, where female germ cells turn into seeds after germination.

Rhizome: An underground stem that can produce new stems and plants at its nodes.

Leafs: The flattened structure of a higher plant that is attached to a stem is called leaves.

Stems: Stems can do many things. They support the top parts of the plants. They act as the plant’s plumbing system. They conduct water and nutrients from roots to other parts of the plant. Stems are a part of all plants. Stems reach up towards the sky and the light. The stems contain the leaves and flowers.

Fruit: A fruit is the seed-bearing portion of a plant. Fruits are widely used for medicinal purposes. You can use whole or partial dried fruits. Many carrot members have medicinally useful fruits, including anise and fennel.

Pulp: Pulp is the soft, juicy and edible part of a fruit.

Seeds: A seed refers to a small embryonic plant that is enclosed in a cover called the seed coating. It usually contains some food. Many seeds are used for their medicinal properties. Sometimes, seeds are contained in a fruit and sometimes can be used by themselves.

Roots: A part of a plant that attaches to the ground or to support it, usually underground. They also convey water and nutrients to the rest of their plant via many branches and fibers. For medicinal purposes, the fleshy and woody roots can be used. Roots can be fibrous (stingingnettle), solid (ginseng), or fleshy (devil’s claw).

Bark: A protective outer layer on a tree trunk made up of layers of living cells. Bark contains active ingredients in higher levels. Oak bark and quinine bark are two examples of bark that can be used to provide medicinal properties.

Wood: This is the fibrous, hard material that makes up the main substance of a plant. For medicinal properties, thick stems and the wood from trees and shrubs can be used.

Bulb: A bulb is a fleshy structure that includes many layers of leaf bases, also known as bulb scales. For medicinal purposes, garlic bulbs and onion species are very popular.

Rhizomes: Rhizomes are fleshy, woody, elongated stems that grow horizontally beneath the ground. Rhizomes are often able to produce leaves above ground level and roots in the ground. Many medicinal plants are used primarily because of their rhizomes, including ginger, wild columbine and bloodroot.

Herb: Botany defines herb as a plant that doesn’t form a woody stem and dies in mild climates.

Gum: Gums can be described as solids made up of mixtures polysaccharides (sugars). They are water-soluble, and in part digestible for humans.

Resins: These are mixtures of essential oils and Terpenes, which are not easily soluble in water. They can be excreted in the ducts of plants or by specialized cells. Frankincense, myrrh and mastic are some examples.

If you enjoyed “Core Terminologies in Pharmacognosy”, I’d be very thankful if you’d help it spread by emailing it to your friends or sharing it on Twitter, Instagram, or Facebook. Thank you!

Did you read some Terminologies in Pharmacognosy on the way? Which one do you read? Let us know if you have any question. We will gladly explain!

Related Topics: If you really enjoy Terminologies in Pharmacognosy, then there are some more interesting articles for you!