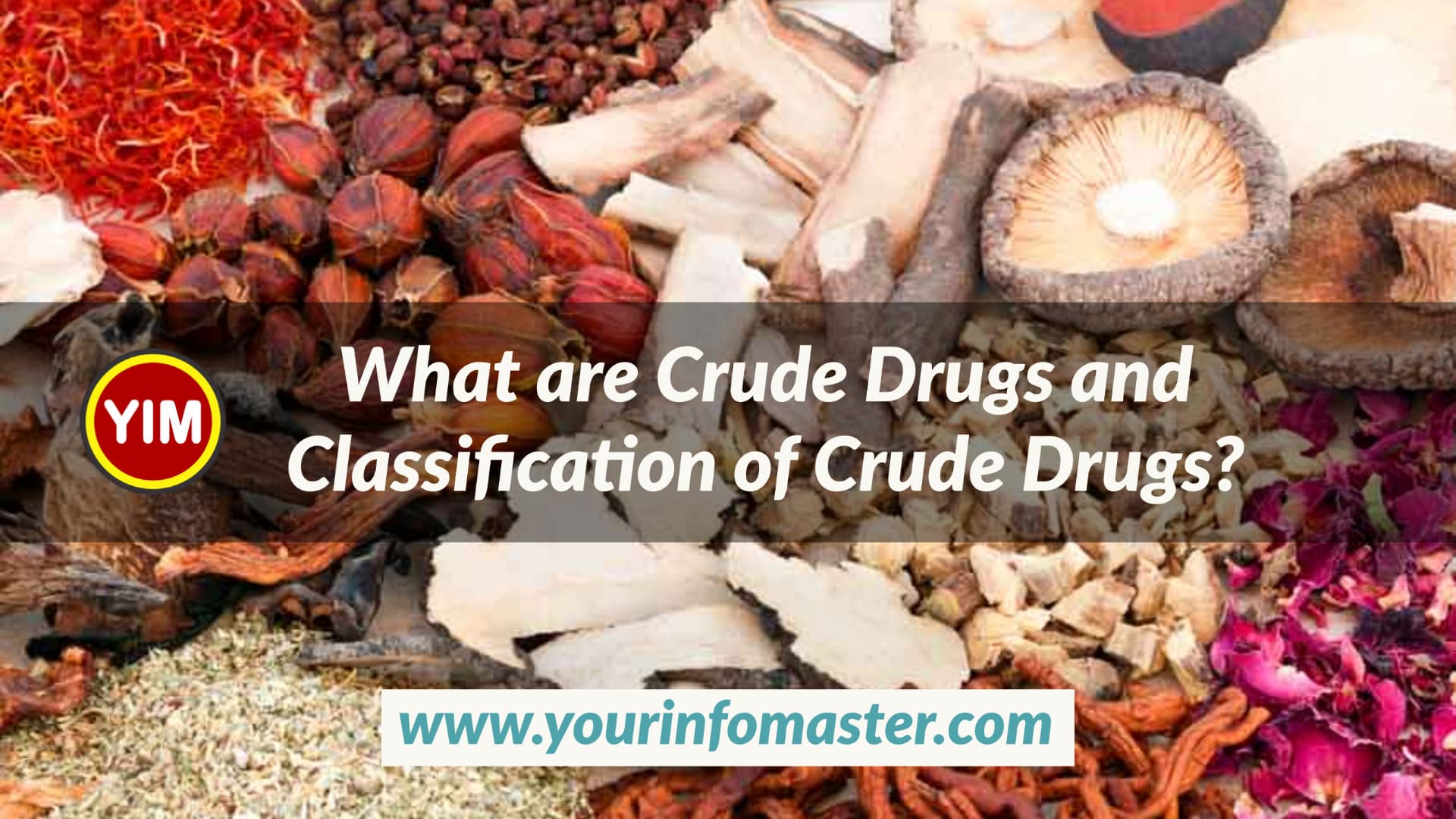 What are Crude Drugs?

A crude drug is any unrefined substance, naturally occurring, that has been prepared from organic or inorganic resources, such as plants, animals, bacteria, organs, whole organisms, for the treatment or prevention of disease in humans or other animals.

Generally, the term “crude drug” applies to all products from plant and animal origin that can be found in their raw form. Also, the term crude drug can be used to include pharmaceutical products from the mineral kingdom.

Although each classification system has its own merits and demerits, the crude drugs are classified in the following different ways for study.

The order of crude drugs is based on the alphabetical order of Latin and English names. Some of the The reference books and pharmacopoeias which classify crude drugs according to this system are as follows:

In this method, drugs are classified according to their part used. Morphological classification is further divided in two types.

These are the drugs obtained from direct parts of the plant and containing cellular tissues are called as organized drugs.

The drugs which are prepared from plants by physical process such as incision, drying or extraction with a solvent and not containing any cellular plant tissues are called unorganized drugs. For example Latex, Tragacanth, Gum acacia, Bees wax, Shark liver oil, Gelatin Minerals Bentonite, Kaolin, Talc.

In this method, drugs are classified according to their natural relationship and distinguishing characteristics. They are grouped in phylum, order, family, genus and species.

In this method drugs are classified according to their therapeutic effects.

In this method drugs are classified according to their principle constituents.

E.g. Tropane alkaloids generally occur in most of the members of Solanaceae.

Serology is defined as that portion of biology, which is concerned with the nature and interactions of antigenic material and antibodies.

The classification is based on similar plants by means of differences in the proteins they contain. For example, to know the closeness of the taxon A with B, C, D, E.

If you enjoyed “What are Crude Drugs?”, I’d be very thankful if you’d help it spread by emailing it to your friends or sharing it on Twitter, Instagram, or Facebook. Thank you!

Did you read Classification of Crude Drugs on the way? Which one do you read? Let us know if you have any question. We will gladly explain!

Related Topics: If you really enjoy Classification of Crude Drugs, then there are some more interesting articles for you!