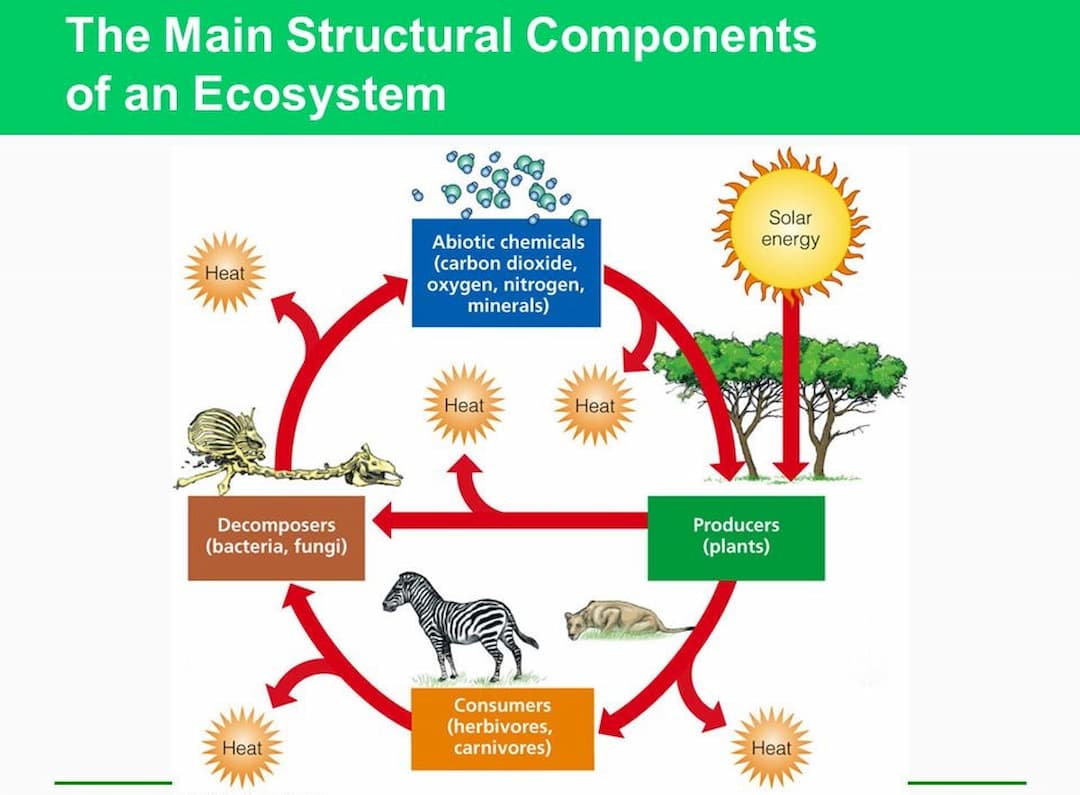 The living and non-living components of any environment make the ecosystem. Various types of ecosystem are found on our earth for example, forests, grasslands, oceans, rivers, ponds, snowy areas and deserts.

The non-living components of an ecosystem are called abiotic components. These include temperature, air, water, light and soil.

Plants produce food for themselves and for animals with the help of water and sunlight. That is why, they are called producers. All the plants e.g., herbs, climbers, shrubs and trees are producers. Aquatic plants (for example lotus) and algae are also producers. These are a major source of food for the aquatic animals.

The living things which obtain food from other living things are called. consumers. They cannot . make their own food. They depend on plants or plant-eating animals for their food. All animals and humans are consumers.

The living things which break down the dead bodies of plants and animals into simple particles and obtain their food from these, are called decomposers. Some bacteria and many fungi are the main decomposers.

What is Balanced Ecosystem?

The Sun is the main source of energy in an ecosystem. The plants make food with the help of sunlight, carbon dioxide and water. They also produce oxygen in this process. This oxygen is used by animals for respiration. During respiration, animals produce carbon dioxide which is used by plants to make food. Such self-sustaining and durable ecosystem is called a balanced ecosystem. All the living things are essential for one another. They affect the lives of one another. Some animals benefit or harm one another.

Role of Humans to Save the Ecosystem

World Earth Day: This day is celebrated around the world on 22nd April to demonstrate environmental protection. On this day, in Pakistan lights are switched OFF from 8 to 9 at night.

Plantation Day: Plantation day can be observed everyday but in schools across Pakistan it is celebrated in August as ‘tree plantation week’.