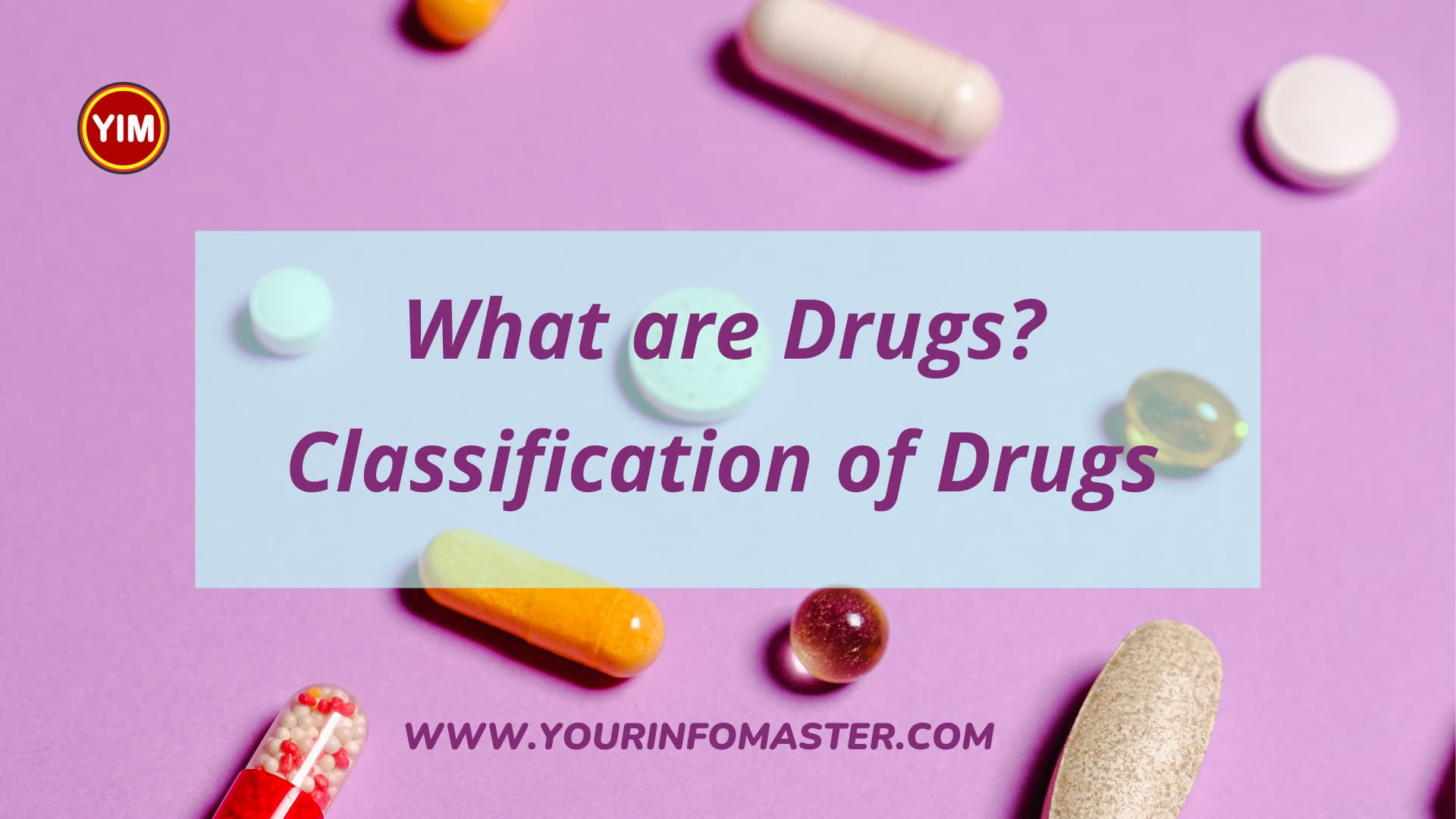 Today I am going to define drugs and the Types of classification of drugs in detail!

What is a drug?

A drug is defined as, any chemical or natural substance used in the investigation, diagnosis, treatment, cure, or management of different diseases in humans and animals is called drug.

Classification of Drugs On The Basis od Sales

On the basis of sales, there are two types of dugs.

1. Over The Counter Drug (OTC)

OTC is the group of drugs that does not require any prescription for their dispensing. This group contains the following drugs:

Classification of Drugs On The Basis of Sources

On the basis of sources, there are three types of dugs.

This is the group of drug that obtained from plants, e.g.

Many animals are involved in the production of many important drugs.

This is the group of medicines (drugs) that are synthesized by using different micro-organisms; this group includes the following drugs.

Semi synthetic drugs are the group of drugs that are synthesized by using combined sources of natural and synthetic world.

Synthetic drugs are the group of drugs that are totally synthesized in laboratory by using chemicals or substances.

These are the names of drugs that are given to them on scientific basis.

These are the names of medicines that are given on the proprietorship basis.

These are the names which are given to the drugs on the basis of presence of different atoms or molecules and their inter-relationship.

If you enjoyed “Drug and Classification of Drugs”, I’d be very thankful if you’d help it spread by emailing it to your friends or sharing it on Twitter, Instagram, or Facebook. Thank you!

Did you read Drug and Classification of Drugs on the way? Which one do you read? Let us know if you have any question. We will gladly explain!

Related Topics: If you really enjoy Drug and Classification of Drugs, then there are some more interesting articles for you!